The founders of both firms were among the first lawyers in Manatee and Sarasota Counties. While the Harrison firm traces its roots to 1937, the Harrison family has practiced law in Manatee County since 1912 when William Thomas Harrison opened his law office. He later became a circuit court judge presiding over cases from Bradenton to Arcadia, Sarasota, Everglades City, and Ft Myers from 1923 until 1959. A courtroom at the new Manatee County Judicial Center bears his name and portrait.

Judge Harrison’s son, George H. Harrison began practicing law in Bradenton in 1951. He served as the Attorney for Manatee County. His sons, Joe and Tom Harrison, will continue with Dye Harrison.

The Dye firm was founded in 1920 by Dewey A. Dye, Sr., known affectionately by many as “Colonel” Dye. In addition to his law practice, Colonel Dye served as President of the Florida State Senate, State Attorney and as the Manatee County Attorney. Interestingly his first law office was located in the Manatee River Bank and Trust Company building where the Harrison firm has located since 1991, and where the Dye Harrison firm will be located. This building is a historic building, completed in 1905.

Colonel Dye’s son, Dewey A. Dye, Jr., joined his father in 1949, and it then became known as Dye & Dye. George Harrison also began his career at the Dye firm prior to branching out to his own firm, and finally becoming a principal of the Harrison firm. Dewey Dye Jr.’s sons, Steve and Jim Dye, will continue with Dye Harrison. The Dye firm moved from the Riverview Center, where it had been located since 1983. 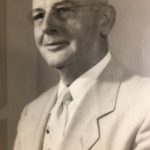 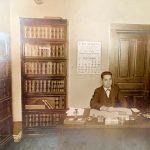 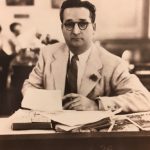 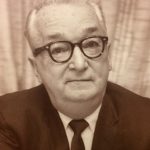 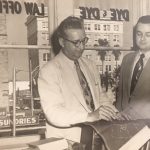 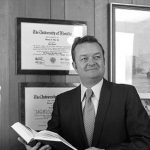 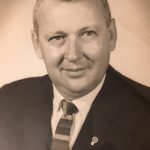 The Firm will be the second largest law firm in Manatee County with it is principal office in Bradenton. Steve Dye, Joe Harrison, Tom Harrison, Nelon Kirkland, Patricia Petruff, Charles J. Pratt, Jr. and Alix St. Paul will be principals in the new firm, Bob Hendrickson, Jim Dye and Dave Deitrich will be of Counsel and Joe Battaglia, Hanna Simonson and Alex Stewart are associates with the firm.

The Dye Harrison lawyers are excited about the future of the firm as they continue a family tradition of over 100 years of active involvement in the local legal community, and look forward to continuing to provide the highest level of service, ethics and legal expertise.

The content of this website is intended to convey general information about Dye, Harrison, Kirkland, Petruff, Pratt & St. Paul, PLLC. It should not be relied upon as legal advice. It is not an offer to represent you, nor is it intended to create an attorney-client relationship. The content of any internet e-mail sent to Dye, Harrison, Kirkland, Petruff, Pratt & St. Paul, PLLC, or any of its lawyers from this website will not create an attorney-client relationship and will not be treated as confidential. In order to initiate a possible representation by Dye, Harrison, Kirkland, Petruff, Pratt & St. Paul, PLLC, you must first go through our conflict-of-interest procedure and be accepted as a client. We will also want to advise you of our billing procedures and other information. Please do not send any confidential information about you or your case unless and until you receive an engagement letter from us, which will indicate that we are able to represent you and can communicate with you confidentially.

For the safety of our clients and employees we are currently open and meeting by appointment only. Please contact us by email at info@dyeharrison.com or call 941-746-1167 to schedule your appointment. Thank you for understanding and please stay safe and healthy during this difficult time.